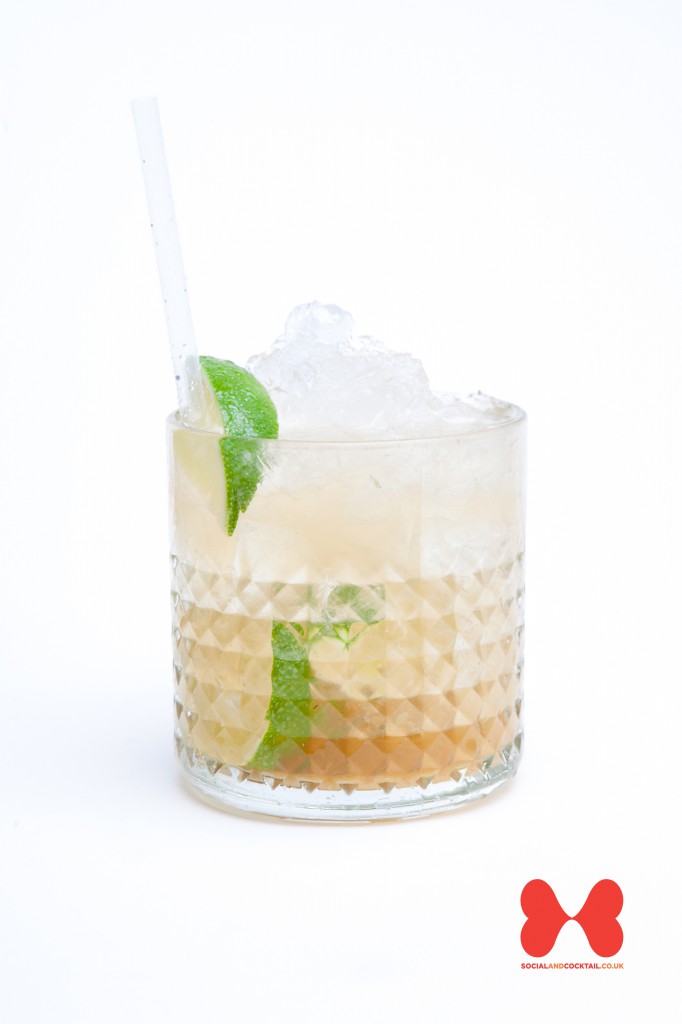 How To make a Caipirinha

To make a Caipirinha you need Cachaca, and to make Cachaca you need sugar cane juice. Which is important, because it is what makes Cachaca a Cachaca, and not a rum. After that it follows a pretty similar path to rum, with the juice being fermented and then this liquid distilled. Sometimes the distilled liquid is popped in a barrel to go all smooth for sipping, but that’s no good for a Caipirinha where it’s all about the raw funky flavors.

Like many old classics, there is no universal agreement about its origins, but two stories crop up time and time again.  The first claims the drink evolved from a traditional cold remedy which used lemon, garlic and honey. Maybe, but garlic in a cold remedy? No ta. More likely in my book because it sounds way more fun it grew out of the trend for picking up a wholesome supply of Cachaca from Rio de Janeiro port by the Europeans and American ships as they passed by en route to India.  It is said that way back in 1787 the ship transporting the first English criminals to be sent to Australia paused here to stock up for the beach cachaca party when they reached their destination.

If you really want to do justice to Brazil’s national drink which means ‘little countryside drink’ in the native tongue, you’ll need some green lemons. They are tricky blighter to catch hold of in the UK however so limes are your next best bet. Take ¾ of a fat juicy one and chop it up however you wish, making sure to leave the skin on as that’s where all the aromatic oils are kept. Drop the chopped lime into a sturdy glass and add a couple of teaspoons of sugar. Bars often use sugar syrup which is great for many cocktails, but the raw stuff here helps to mush things up a bit better for the next stage. Which is to muddle (read pound) the lime and sugar with a muddler if you like to look like you know what you’re doing, or the end of a rolling pin if you want the same result. Then add a couple of shots of Cachaca, fill the glass with cubed ice and give it a little stir. They key to success is balancing the booze, sweetness and sour lime so give it a try and adjust as necessary. Too strong? Stir longer. Too weak? Add more Cachaca. Too sweet? squeeze a bit of that ¼ lime you’ve got going spare in. Too sour? Add some more sugar. Easy, no?

You can of course faff about changing things up. Sub the Cachaca for vodka for example and you have the infinitely inferior Caipiroska. A Caipirissima is the same idea but with rum, but then you’d probably just have a Daiquiri and be done with it. Visit Brazil as a tourist and you’ll see bars churning out tons of Caipifrutas which sub the lime for other fruits are are usually insanely sweet. Much better to grab a Batida instead which too comes in a rainbow of flavors/colours but gets away with it through the addition of condensed milk.

Remember that thing about Cachaca being distilled from sugar cane juice? Well, it’s impact can be seen in the resulting characteristic flavour. Although many brands have a sweetness that would be expected from a spirit distilled from sugar cane, it is the aromatic vegetal flavors that make Cachaca stand out from its cousins. Great value is Velho Barreiro, which also makes for a decent introduction to the category for it is relatively light-bodied. Sagatiba too is fresh, but perhaps more suited to fruity twists or Betides. Much more pungent are the likes of Abelha, Cabana and Beija Flor, all of which make excellent Caipirinhas. Pricier, but also a must try is Leblon which although briefly barrel-aged is still plenty fresh enough to be used in this essential summer cooler.

The word Caipirinha is a diminutive version of the word caipira, which refers to someone from the countryside.