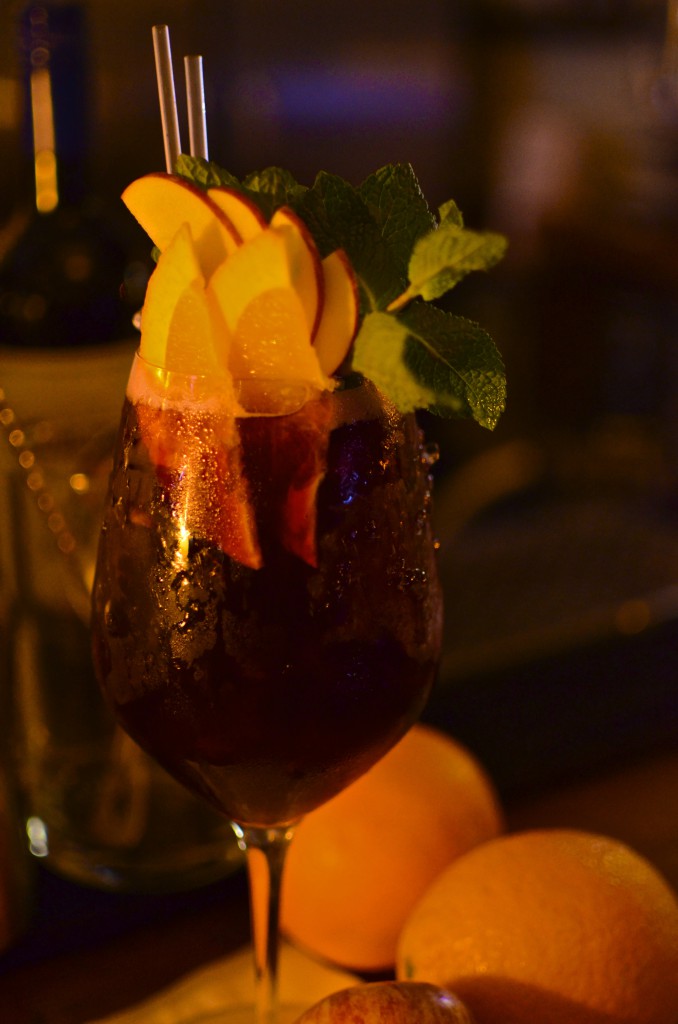 How To make a Seve Ballesteros “Al Rojo Vivo”

Add all ingredients into a Boston Shaker and fill with cubed ice. Shake well for about 10 seconds and then strain into a red wine goblet. Fill with cubed and then crushed ice and garnish lavishly with orange, red apple and mint.

Especially constructed in the memory of Seve Ballesteros, the fiery spice of the good quality wine is complimented by the sweet, raisiny, mixed spice of the sherry and the chamomile, citrus and raspberry of the small batch Spanish bitters. To give balance and texture the marmalade gives a sweet acidity and the brandy brings strength and balances the bitterness of the marmalade and bitters.

The drink itself is based on the Spanish Sangria and the traditional mixed drink the Cobbler. The deep red colour reflects Seve’s passion and fiery nature, and the lavish garnish his flamboyance and skill. The garnish itself has meaning; with the orange represent the orange influence in the cocktail as well as a famous Spanish export, like Seve. The apple also tells you what you will find in the drink as well as representing his home region of Cantabria. The mint represents the fairways and greens he was so proficient on and gives the drink aroma. The drink as a whole is imposing, just as Seve was, with great height and colour. 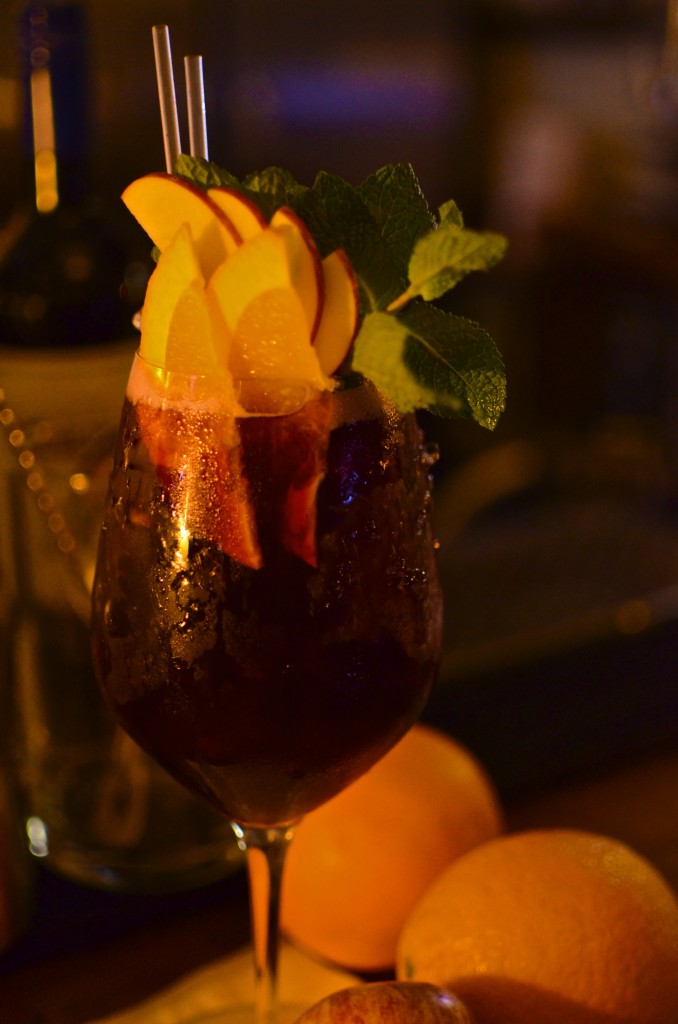