Vanilla Syrup is a popular sugar syrup which has the favour of real vanilla beans.Vanilla syrup has traditionally been used to flavour coffees, milkshakes and desserts, however more recently it has been finding its way into more and more cocktails, including non-alcoholic cocktails such as The Nirvana.

Vanilla syrup tends to be slightly amber in colour and the more premium brands feature pure vanilla extract from Madagascar, giving it a rick, exotic vanilla flavour. There are many brands of vanilla syrup available on the market, but we recommend you use Monin Vanilla Syrup when making cocktails. A small drop of vanilla syrup can be poured into a range of hot coffee drinks, such as the Irish Coffee, to give them an additional blast of flavour.Vanilla Syrup is sometimes used as a replacement for vanilla liqueurs, such as Galliano, in cocktails, when the drink wants a lighter version or when the liqueur is not readily available.

Vanilla syrup can also be easily made at home, simply use water, sugar and vanilla beans, or pods. 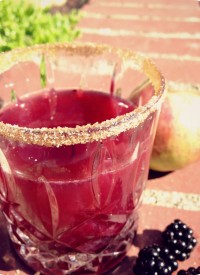 The original Bramble cocktail was created in a bar in London SOHO in 1984. 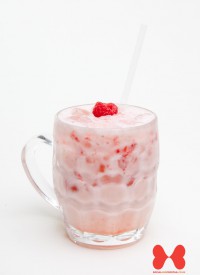 Nirvana is a place of perfect peace and happiness