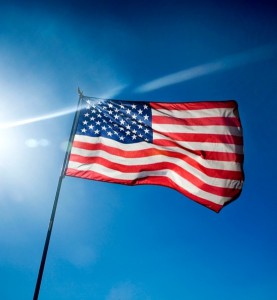 The United States of America is generally regarded as the birthplace of the modern cocktail and many American cocktails have today conquered the bars and restaurants of the world. Most iconic American cocktails can trace their roots back to a specific American town, city or state. The Sazerac cocktail, Manhattan, Whiskey Sour, Long Island Iced Tea, Mint Julep, Martini, Clover Club, Lynchburg Lemonade, Mai Tai, Zombie and the Cosmopolitan, to name but a few, are all American inventions which have been successfully exported across the world, through cocktail recipe books, media and word of mouth. In this article, we have selected 5 Cocktails that we feel best represent the United States as the foundation of modern day mixology:

The Martini cocktail is immortalized in the words of H.L Mencken, who described the drink as “the only American invention as perfect as the sonnet”. Perhaps the most iconic of all American cocktails, the Martini is simply a blend of Gin and Vermouth, often with a garnish, such as a speared olive or a lemon twist. Although it is agreed that the Martini was born in America, the specifics of its creation are open to debate. The most popular view is that it evolved from a cocktail known as the Martinez which was served at the Occidental Hotel in San Francisco in the early 1860`s. People used to frequent this hotel before taking a ferry to the nearby town of Martinez. Many cocktails today calling themselves Martinis, such as the Espresso Martini and the Apricot Martini, have little in common with the original drink, however there are drinks such as the Bronx which are genuine variations on the Martini. 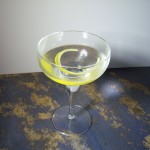 How to make a Martini

The original Sazerac cocktail was created by a Creole apothecary in the city of New Orleans sometime in the 1830`s, giving it the debatable moniker of the oldest cocktail in the world. The drink is a combination of Rye Whiskey, Absinthe and Peychauds Bitters and became so popular in Louisiana that in 2008 it declared it the official cocktail of New Orleans. There are a couple of variations of this cocktail, such as the Tequila Sazerac and the Blood Orange Sazerac cocktail.

How to make a Sazerac cocktail

One rocks glass is packed with ice and water to chill the glass. In a second rocks glass, muddle the sugar cube with the bitters. Add the rye to this mixture. Stir to combine. Empty the ice from the first glass. Pour the absinthe into the glass and swirl to coat the sides of the glass. Any excess absinthe is discarded. Pour the rye/sugar/bitters mixture into the coated glass. Twist a lemon peel over the glass and rub the rim of the glass with the peel. The peel can be discarded or placed in the cocktail. 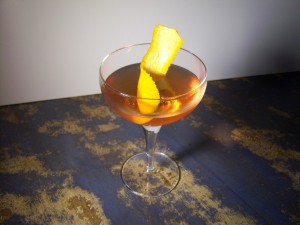 This classic cocktail is a blend of Bourbon, Vermouth and Angostura Bitters and is soundly associated with the New York City borough of its name. As with many classic American cocktails, the exact origins of its birth are hazy but a popular story is that it was invented in the 1860`s by a bartender named Black at a bar on Broadway. The Manhattan has now many popular variations, such as the Rob Roy, the Cuban Manhattan and the Metropolitan.

How to make a Manhattan cocktail 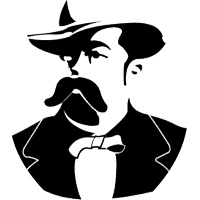 Lynchburg is the home town of the Jack Daniels distillery and the Lynchburg Lemonade cocktail recipe is a tribute to the hometown of Jack. The drink belongs to the sour family of drinks and is a mix of Jack Daniels, Triple Sec, Sour Mix and Lemon & Lime Soda. It is normally built over ice and is a particularly refreshing cooler for a hot summers day.

How to make a Lynchburg Lemonade

Build over ice, stir with a bar spoon and serve in a Collins glass.

Some people say this next drink could only originate in America! Although it resembles an Iced Tea, it features no tea whatsoever, instead containing a potent mix of Rum, Gin, Tequila, Triple Sec and Vodka. The cocktail is classed as a cooler and made correctly with cola, lemon juice and gomme syrup it can be a very refreshing concoction. The drink was invented by Robert Butt in 1972 who created the drink as an entry in a contest for new drinks including Triple Sec as an ingredient. Robert worked at the Oak Beach Inn on Long Island.

How to make a Long Island Iced Tea cocktail

Begin by chilling highball glass with soda water and ice. Add all ingredients (except the cola) into a mixing tin. Add ice to tin and shake for 10 seconds. Add fresh ice to highball glass and add splash of cola. Strain the ingredients into glass. Add lemon slice and straw.

Cocktails – A Dieters Friend or Foe?

Scotch Whisk(e)y Cocktails ~ 4 of the Best