Cinnamon Cocktails tend to be cocktails with Goldschläger, which is a Swiss cinnamon schnapps with very thin, yet visible flakes of gold floating in it.

Popular cinnamon flavour cocktails include the Modern English and the Black and Gold cocktail.

Cinnamon flavour cocktails have seen their popularity explode in the last decade with the much wider availability of Goldschläger and cocktails with Goldschläger such as the Glitter Bomb are beginning to establish a cult following. Cinnamon cocktails are not for everyone, as cinnamon has always been something of an acquired taste.

The Modern English is a very popular Autumn cocktail. 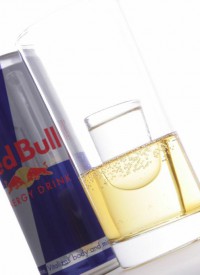 This drink is very similar to the infamous JagerBomb, only with Goldschlager.

Admiral Perry was the winner of the 2010 Cinnamon Cocktail contest.