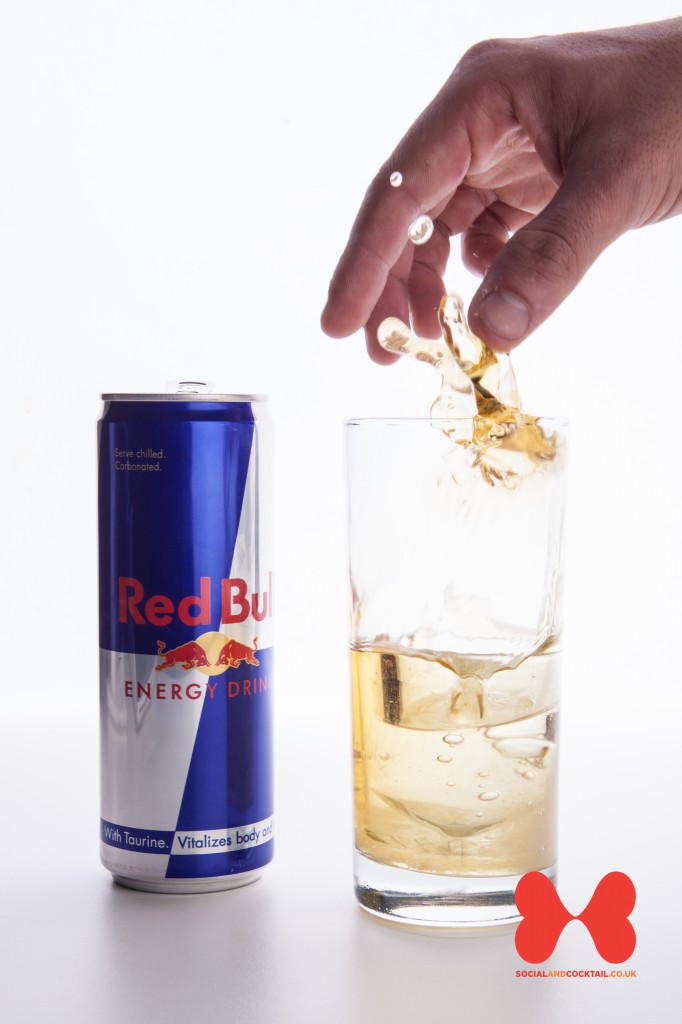 How To make a Skittle Bomb

The triple sec is poured into a shot glass, and the shot glass is then dropped into the energy drink.

A sweet and tart flavour works well with the Skittle Bomb and unsurprisingly this is becoming a very popular shooter. This type of shooter is also known as a “bomb shot” or “depth charge” – which are the common names for cocktail shooters that are made by dropping a shot glass filled with a spirit or liqueur into another drink. A similar example of this is the Glitter Bomb, which involves dropping a shot of Goldschlager into an energy drink, such as Red Bull.

The Skittle Bomb shooter is a popular party cocktail all across the world and the name of the drink varies from place to place. In France the cocktail shooter is referred to as a Retreau whilst in Singapore the drink is is known as a C-Bomb, with the C standing for Cointreau, which is often the preferred choice of Triple Sec in this drinks.

The naming of this drink stems from the similarity in taste of the popular Skittles confectionary. Skittles is a brand of fruit-flavoured, multi coloured sweets which have hard sugar candy shells and carry the letter S, to represent the brand. The centre of the sweet is made mainly from sugar, corn syrup, citric acid, fruit juice and other natural and artificial flavours.

If you are feeling adventurous, you can make variations of the original Skittle Bomb shooter, which mainly involve adding concentrated fruit juice or cordial to give the drink a more fruity flavour and colour.

It has been reported that Red Bull raises your risk for heart attack and stroke.