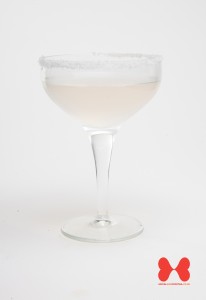 How To make a Margarita

If there is one cocktail which I have been served more bad versions of than any other, it is the Margarita cocktail. The simple mix of tequila, Cointreau and lime juice just should’t be that hard to mess up, but many do, disgracefully so. Often considered one of ‘the classics’, with several different stories laying claim to its creation, it is in fact pre-dated in written reference at least by a cocktail with the same recipe as the classic Margarita, but named the Picador and dating back to the 1930s. Even this may not be the true origins, for the idea of mixing spirit with citrus juice and sugar has been recorded as early as early as 1866.

What with Margarita meaning ‘daisy’ in Spanish, it’s possible that several people came up with the idea around the same time, the drink being named after a female customer perhaps. My favorite claim to its creation comes from a chap called ‘Danny’ Herrera who, in 1947 or ’48 alleges to have created the drink at his bar Rancho la Gloria in Rosarito, Mexico.  The lucky lady was an actress named Marjorie King who would apparently drink no spirit other than tequila; a fine policy in my opinion.

The recipe for a cocktail doesn’t come much simpler than that for the Margarita, simply two parts tequila to one part each of lime juice and Cointreau. Quite how large you ‘parts’ are will depend on how many you intend to drink before getting sloshed. Simply pop them into the shaker with as much ice as will fit, shakey shakey until your hands go cold, and strain into your pre-chilled glass. Just not one of those horrible ‘Margarita’ glasses, please. Mixing with crushed ice a la ‘frozen’ style is forbidden unless at a student party, although serving ‘on the rocks’ with fresh ice is entirely acceptable. Rubbing lime around the lip of your glass then rolling in salt (just half the glass if serving for someone else, so they can choose) is fine, although I prefer just to add a teeny pinch of salt into the drink in the first place.

It goes without saying that the lime must be freshly squeezed, and the tequila 100% agave.  Blanco tequila is best here, the freshness of the drink being lost with aged tequilas. The beauty of this drink is its refreshing sourness, so whilst adding some fruit to the mix is tolerable, going too sweet is missing the point. A bit of muddled cucumber and jalapeño however makes for a delicious variation. Subbing half the tequila for some mezcal adds in pleasingly smoky note, at which point chipotle salt is surely a must have for the rim. Right up there however, competing for the tastiest award with the original itself is the Tommy’s Margarita, sub out your one part Cointreau for half a part of agave syrup and the result is a little less orangey, but a whole lot more heavenly.

Margarita is the most common tequila-based cocktail in the world.