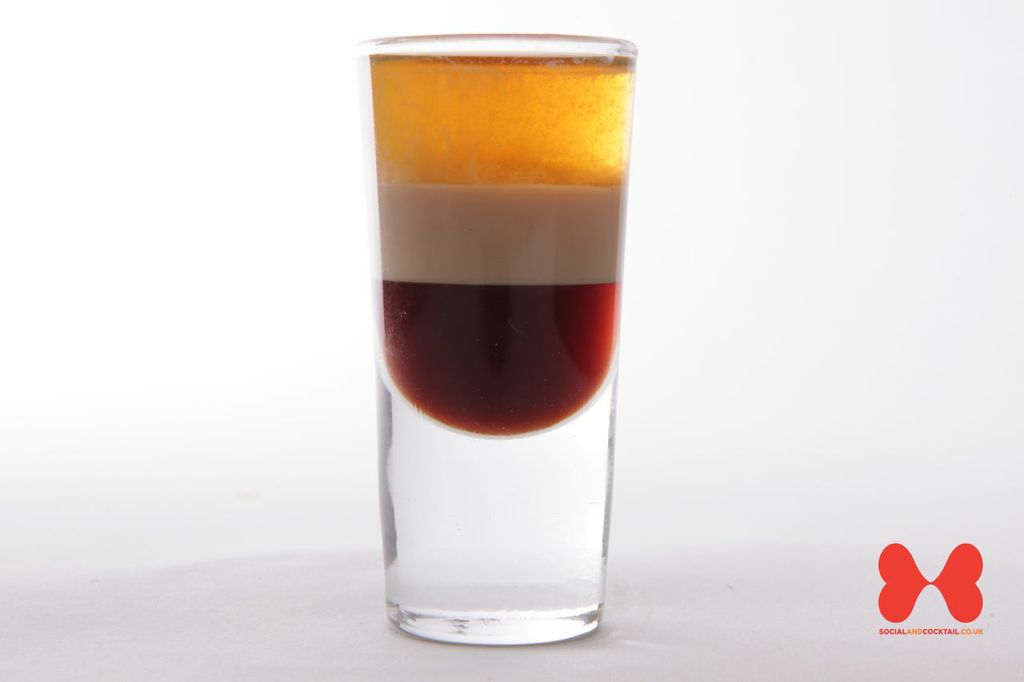 The B-52 cocktail is a popular layer shot made from coffee liqueur, Irish cream liqueur and triple sec. When the shot is prepared properly the three ingredients will separate into three distinct layers due to the different densities of the alcohols. The combination of coffee and Irish cream liqueur has always been popular and the addition of the fruity edge that the triple sec brings adds an extra tasty dimension to this cocktail shooter.

The exact origins of the B-52, like most famous cocktails, are disputed. One story is that the drink was created at the well-known Alice’s restaurant in Malibu in the late 1960`s and was named after the famous fighter plane that was predominantly used in the Vietnam War. One theory was that the orange liqueur at the top of the shot was a metaphor for a downed plane that had burst into flames. Another theory was that the B-52 was invented by Peter Fich who was the head bartender at the Banff Springs Hotel in Alberta. The story goes that he named all his new drinks after his favourite bands and hence this was named after the popular American band of the same name.

Although the B-52 is usually built in a shot glass, it is sometimes shaken and served in a cocktail glass. Several variations on the drink exist, such as the B-51, which uses Frangelico instead of Triple Sec and the B-53 which use Sambuca rather than Irish Cream liqueur. Other more elaborate variations include the B-52 Gunship, which uses Absinthe instead of the triple sec and B-52 in the Desert which replaces Irish Cream liqueur with tequila.