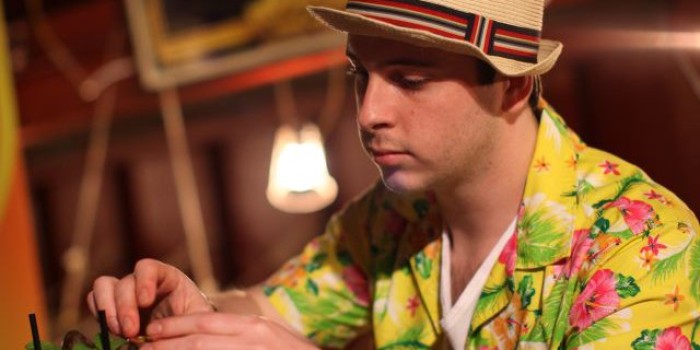 Were it not for the three-foot Easter Island Statue above the door, it would be tempting to call The Tiki Bar ‘hidden away’. It’s certainly not at the most glamorous end of Bath Street, backing as it does onto the vast derelict site which was once low-rent nightclub The Shack. Going downstairs into the oddly corporate building via an appealing outdoor seating area which doesn’t quite justify the epithet ‘beer garden’, the casual visitor is not quite sure what to expect.

The clue, clearly, is in the name. The Tiki Bar is a paean to the mid-century Polynesian kitsch style which swept the US, mostly inspired by GIs returning from tropical postings in the late forties and popularised by Don ‘The Beachcomber’ and Trader Vic in Los Angeles. In this respect, The Tiki Bar is note-perfect. The bar itself is bamboo-fronted and roofed with palm fronds, decked out with postcards from exotic locales. Cheeky forties pin-ups share wall space with tropical ephemera, and Hawaiian-shirted bartenders all add to the  general mid-century modern styling.

Appropriately, the drinks list weighs heavily on the rum front; Mai Tais, Pina Coladas and of course the heavyweight classic Zombie –  containing five different rums, plus absinthe and limited to two per customer – dominate the cocktails and all come in beautiful custom made glassware. The cheeky Rum Bongo brings with it a nostalgic rush of the eighties childhood favourite with a seriously adult kick.

Of course, it wouldn’t be tiki without some oversized sharing drinks. Along with the usual rum punches there’s the well-named Blingin’ Berry Punch; Stolichnaya and Perrier Jouet served in a giant conch shell and clocking in at a little over £110. Judging by the many photos of shells surrounded by glamorous ladies populating their Facebook page, it’s a hen-night staple.

Whilst the emphasis is on fun here; and the tongue wedged in the cheek, behind all the atomic-age kitsch and skull-shaped glasses there are some serious bar-tending chops. These cocktails require some delicate balancing to stop them being overwhelmed by the heavy booze and the sweet liqueurs, and there is real attention to detail – all of the fruit juices are freshly squeezed, the vast array of rums on the gantry are used to their best effect. The custom glassware in addition to looking great, means that proportions are judged appropriately to the drink.

The soundtrack deserves a mention here; they’ve hosted some pretty big names behind their decks including Simon Cordiner of Melting Pot and Jill Mingo of Death Disco. Firmly positioned at the pre-club end of the spectrum, the bar begins filling up with bright young things at the hours when the old and sensible are making their way to the night bus.

My only real criticism is of the strange semi-corporate building which they’re nestled into. I’d be interested in seeing what they could do with a larger venue and a proper sound system. Until then; a welcome drop of Polynesia in the midst of the financial district. 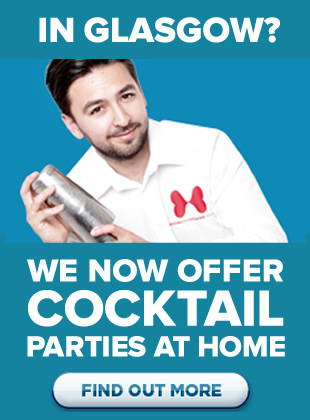 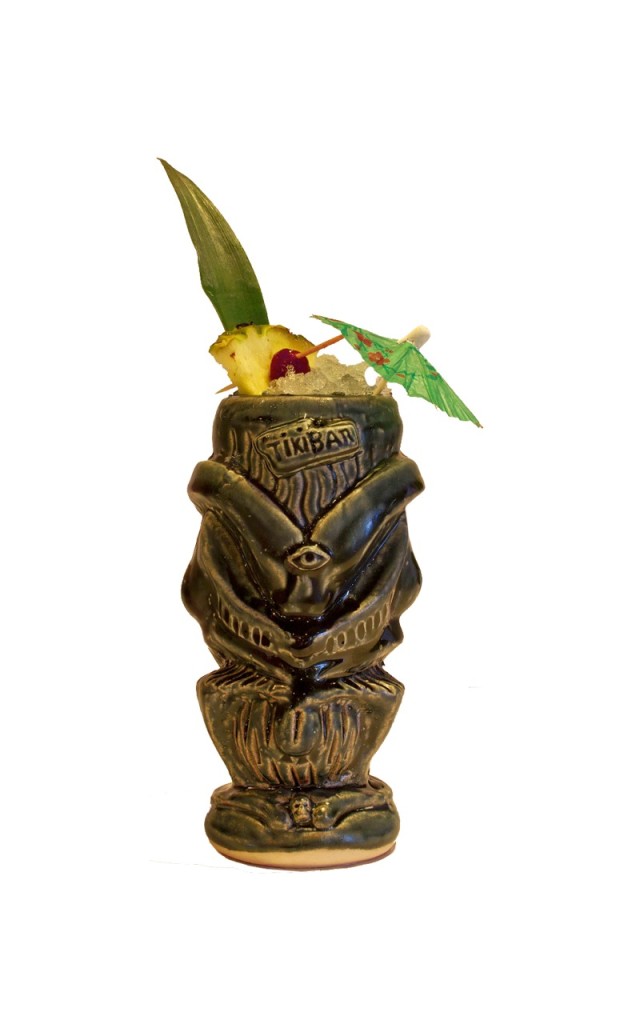