The Mayor of Scaredy Cat Town An underground drinking den behind a Smeg fridge in Spitalfields

Much has been written about the unusual entrance to this bar which is of course through the Smeg fridge of the Breakfast Club that sits atop it. It’s one of the more fun entrances to a bar in the Capital, but don’t get all cocky and think you know how to get to it on your own. Anyone caught brazenly opening the fridge is curtly restrained and asked for their purpose; which clearly is to “see the Mayor”. If they like the look of you, and given that I’ve been in several times they cant be too picky, you’ll be escorted downstairs and given a run through of the tongue-in-cheek house rules which include the offering of a free drink if your name is Garfield.

The Mayor herself lives in a cosy little place full of rustic charm. This is a basement bar not trying too hard and with a reliably buzzy atmosphere. Her associates are nice too, service is prompt, affable and helpful, if at times a little sloppy.  On one visit the Mayoress herself was training a new bartender during service; no crime in itself but the failure to taste the drinks produced revealed an undeserving confidence in his abilities and lack of attention to detail. Other visits ranged from faultless to a little untidy around the edges, but perhaps that’s part of the appeal.

Generally though, the drinks here are solidly executed and well conceived. Often they head in the direction of simple flavour twists to otherwise standard classics such as the addition of black cherry preserve to a Pisco Sour that is the Rosco Pisco Train, or chilli and lemongrass to a Margarita. Such an approach is successful, with the drinks sounding approachable and tasty on the menu, but the resulting cocktail tasting fresh and new. Other drinks meanwhile reveal there is a whole lot more creativity in the offing. The combination of rum, roasted pineapple, cinnamon, honey, espresso, pear juice and a flaming scotch bonnet chilli garnish that is the King Yellowman’s Answer reads like it could be a bit of a car crash; instead, it is an immensely complex rum punch with hints of everything listed but too much of none. Particularly genius is the flaming Wray and Nephew filled Scotch Bonnet chilli that adorns the drink. The bartender instructs to extinguish the flame after a few seconds then add the now fearsomely spicy rum as desired to the drink.  It’s a drink to sort the men from the boys that’s for sure, mainly because only men would be daft enough to add the whole contents of the chilli.

The Mayor of Scaredy Cat Town succeeds in offering a relaxed and approachable cocktail bar that never quite hits the stratospheric heights of excellent, but rarely does it dip below very good indeed either. Snug, friendly, and relaxed surroundings make for a pleasing environment within which to enjoy some reliably well-made cocktails. 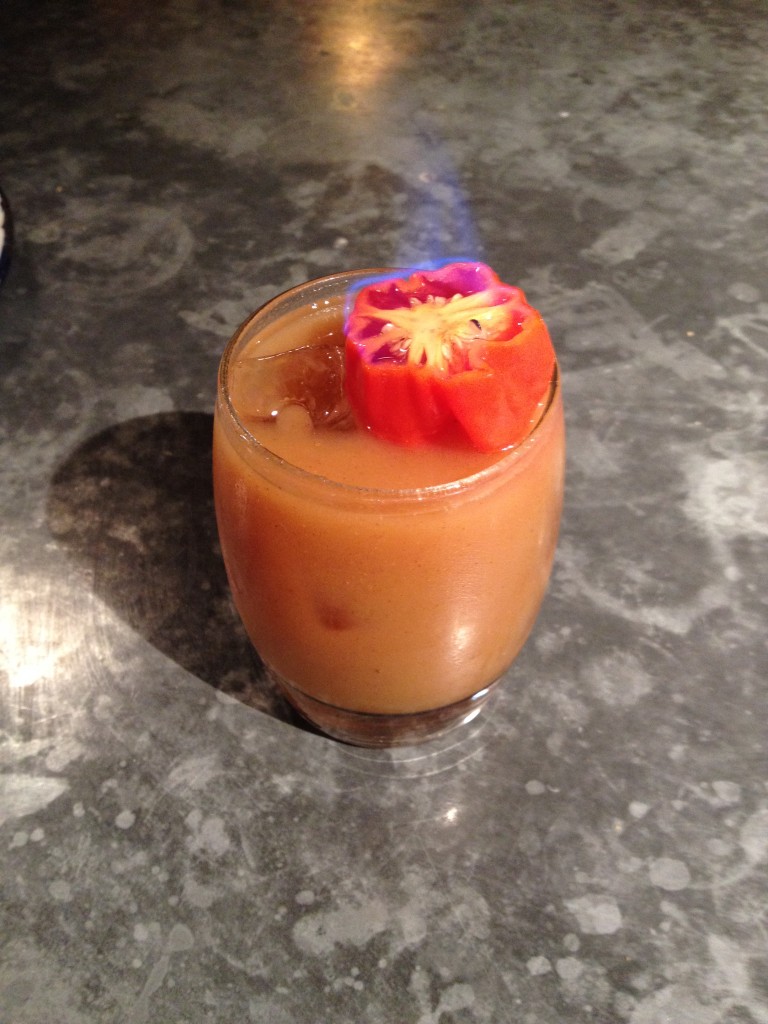