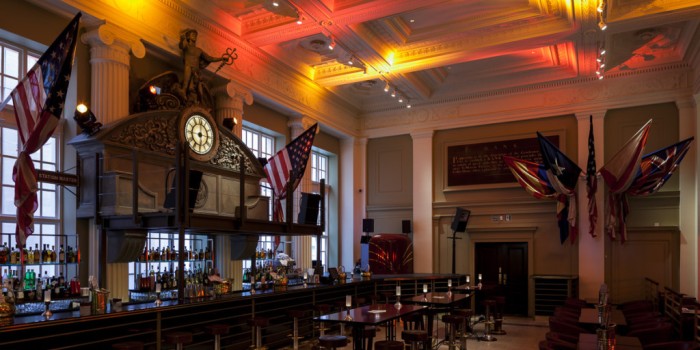 Steam & Rye is a Classic Americana Restaurant, Late Night Cocktail Bar & Discotheque in the heart of the City of London, brought to you by Nick House & Kelly Brook. With Award Winning, World Class Cocktails created by Worlds Best Bar Tender Andy Mil & Michelin Starred Food Designed & Led by Andrew McLeish. Steam & Rye really is a World Class Venue. Inspired by the United States of the 1940’s this decadent late bar and restaurant echo’s the grand living of the Great Gatsby era, met by the olds ways of the Wild West. Heralded as the perfect destination venue for food, cocktails, fun, theatrics and an all round show; Steam & Rye has really caused a stir in the City and continues to do so daily. 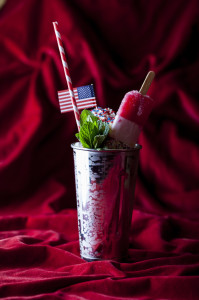 Cocktail garnish has come a long way since the conventional and unimaginative slice of orange that used to float listlessly in a Screwdriver. We’ve moved on from olives, lemon twist and maraschino cherries, and now have all manner of tropical fruits, savoury studdings, sugary dustings…  It can occasionally beg the question ‘do I eat this?! What is correct cocktail etiquette?’

Well, when an actual Mini Milk ice-cream is delivered in your drink then the answer most certainly comes as a resounding yes.

This blast of summer jubilance comes from Andy Mil, head barman at the kitsch and crazy Steam and Rye in Bank, London. This is an American-themed venue that incorporates a massive bucking bronco, bikini-clad dancing girls, a replica of the grand central station clock and a drink that is delivered by someone dressed as Indiana Jones. The cocktail list was never going to be, ahem, ‘pompous’. In fact, this is a menu where exuberance and tongue-in-cheek humour reigns supreme.

Andy is the guy responsible for helping craft the highly regarded LCC cocktail lists, and he has since turned his creative flair to inventing whacky and wonderful drinks that deliver on flavour and frivolity. Since Steam and Rye has a staunchly American theme, he had a lot to run with.

“I wanted there to be a definite sense of fun to the drinks – cocktails that would be delicious, approachable, and also have great Instagram appeal.” Andy told us. “The menu travels through different American eras, beginning with the Gold Rush, and incorporating retro Hollywood and more modern trends.”

This means we start with drinks like the Dead Man’s Boot – chilli-infused Don Julio Tequila, Vanilla, Ginger Beer and Lemon, all served in a prospector’s boot with a golden sheriffs star balanced on top – and move on to delights like the ‘Maize Balls. This is a combination of Mount Gay XO, Lemon, Coconut and Caramel Popcorn Syrup, and arrives in a replica of a classic red and white striped popcorn bag. Other creations on the menu include the Hoochy Mama, the Monica Lewinsky and the Five Dollar Shake, and you’ll see ingredients like Condensed Milk, Marshmallow Syrup  and Chamomile Tea all making an appearance amongst the premium spirits.

One of the most popular cocktails on the list? The Freedom Martini. Again, another cheeky poke at recent American culture  – the name is a nod to when Bush, feeling unsupported by France during the Iraq invasion, changed the name of French Fries to Freedom Fries. Thus the French Martini becomes the Freedom Martini, only with a true Steam and Rye twist, and confetti-like hundreds and thousands garnishing the surface.

And now the new summer offerings show no sign of shying away from the gaiety of the original menu.

“I wanted to conjure summer with fresh flavours and lots of citrus, berry fruits and mint. But I also wanted to evoke a sense of nostalgia for childhood holidays. That’s why we’ve gone down the route of including ice creams with each drink. It’s a touch of fun.”

Fun it certainly is – when your drink arrives you almost expect to hear the tinkling bells of the Mr Whippy van in the distance, and well-loved treats include Percy Pig and Mini Milk poking out of a collection of bonkers glasses.

We try two of the new offerings – the first being a Dingle Von Winkle which is served in a red urn-like receptacle and has a Screwball ice-cream upended in the ice.

One sip and you can see why these drinks summon summertime – the burst of fruity flavour will send you right back to the days of sticky fingers and sugary treats. The DVW uses Kettle One Vodka, strawberry puree, lime juice, vanilla, and a dash of port. This last ingredient works fantastically to add some depth and structure to the drink, and the result is a lip-smackingly more-ish take on a daiquiri using vodka instead of rum.

We also try the Honey Bunny Do Da – another insane beverage served in a grinning tiki glass that has a pink Funny Feet lolly sticking out the top. A WHOLE FUNNY FEET LOLLY! The drink itself is a refreshing surprise – honey, prosecco, fresh mint, and lime, all layered over Tanqueray No. 10 gin. The acidity of the lime lends a lovely balanced zing to the smooth honey, and the fizz makes for a pleasant addition that is reminiscent of sherbert.

There’s always a danger that, when drinks are this wonderfully presented, the actual taste will suffer. But Andy Mil is obviously a guy who knows how to throw together one hell of a cocktail, and the result is a list that packs a tasty punch as well as being an aesthetic joy. If you’re looking for something out-of-the-box, exciting, and unlike anything you’ve tried before, then we urge you to head to Steam and Rye for some New World cheer and a touch of nostalgic fun. 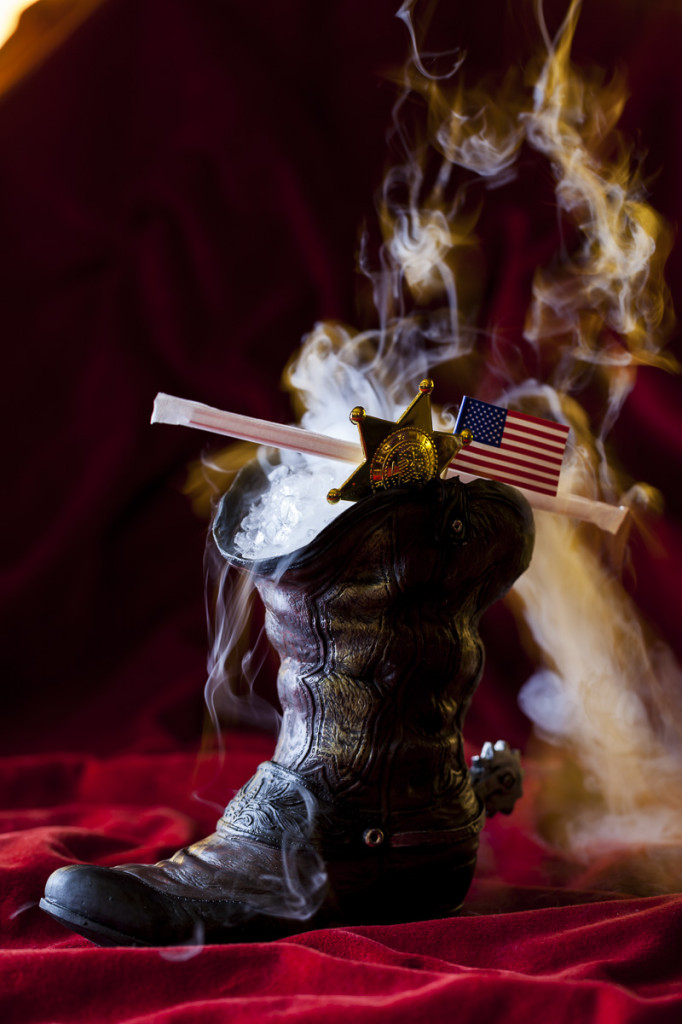