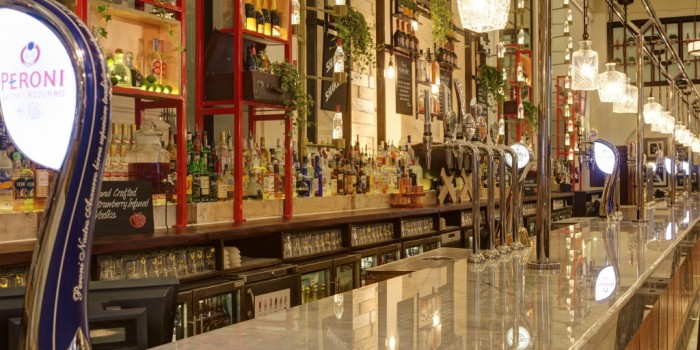 Located on Leadenhall Street by the world famous Gherkin, the imposing building which once housed the Midland Bank has been sympathetically renovated to reflect its history while ensuring it is still one of the most stylish venues in the Square Mile.  The new-look venue officially re-opened on Thursday 3rd October after a stunning refurbishment. Showcasing Revolution’s largest ever cocktail menu to date, with over 100 spirits available by the bottle. The venue hosts a revamped ‘Vault’ space, perfect for parties and intimate gatherings on the run up to the festive period and beyond.

They used to be all about the rainbow of flavoured vodkas. From jelly bean, to strawberry, to chocolate and more, there was something for everyone at Revolution; as long as you were happy that your breath would smell like a Haribo factory for most of the next week, and that you’d turn diabetic before you could ever get intoxicated. No more though, Revolution is now the destination for the “more discerning vodka and cocktail lover”. No more multi-coloured lines of vodkas on the back bar, now we are firmly in generic vast corporate after-work pre-club bar territory. All Bar One, Wetherspoons, Revolution; someone clearly bought a job lot at the interior design warehouse. It’s fine, but much like the photos of the drunken and the gormless proudly displayed on its website, it won’t be winning any hot stuff awards.

I’m never sure how to judge a place like this. The mass appeal market is a necessary one, and to critique on the basis of the fact that this bar plonks its backside squarely in the middle of this segment would be naive. But I’m not sure that totally excuses the inevitable soullessness of the whole enterprise. There’s lots of faux-soul mind you, from the ‘chalkboards’ hung 20ft up (I’m thinking these don’t get changed all that often), to the menu that crosses continents faster than a global pandemic, to the fake greenery, to the varying industrial-school chic furniture so carefully organised into zones that they might as well have saved themselves the effort and put the same stuff everywhere.  But who cares, it’s 2-for-1 most of the week, BARGAIN!

And annoyingly, a bargain is what cocktails here are, at least during happy hour. They’re not refined, they’re not perfectly balanced, they’re not imaginative. But they are OK, in a sort of guilty pleasure, quaff-without-thinking sort of way. Leading the charge for the ‘Disco Cocktails’ is the Jammy B*stard with its mix of Absolut Original, Absolut Acai, Amaretto, Chambord, blackberries and apple juice. It’s tooth-achingly sweet but my Negroni-loving, dash bitters into everything,palate is hardly target audience, and even I can’t deny the fruity hit is a pleasingly intense one. I’m betting the consultant mixologist’s favourite herb is basil, for it is to be found in the Basil Grande, the Jolli Stoli, the Raspberry and Bail Mojito, and the Raspberry and Basil Sour. That’s a whole lot of basil. I tried the sour, and sure enough there weren’t much raspberry. It was however, perfectly serviceable and most importantly delivering a tidy balance of sweet and sour.

Creating a cocktail menu for the masses necessitates the inclusion of some of the most widely recognised cocktails.  Trouble is, many of these are infamous rather than famous. And so it is inevitable perhaps that drinks such the muddy Long Island Iced Tea are listed. The Revolution version is about as well made as this questionable cocktail gets, but here’s hoping that one day the punters start expecting something a little more respectable. 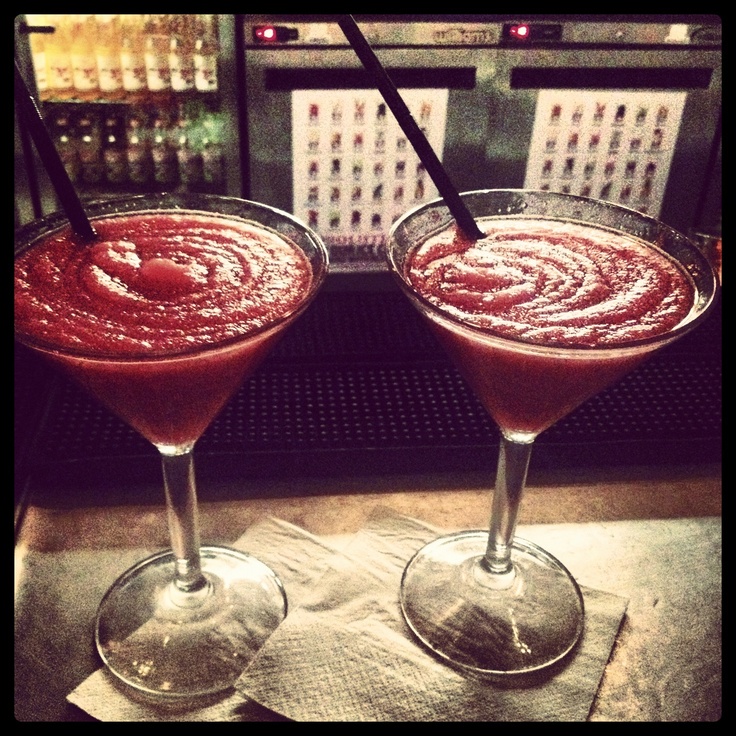