It is a risk of a ‘scene’ that is so often deservedly considered to be at the cutting edge of cocktail culture, that there will be occasions when it falls off the edge, cutting itself on the way down. London’s Reverend JW Simpson has fallen off, and carried on rolling.

From the team behind nearby Bourne and Hollingsworth, this basement bar takes its theme from a supposed prior resident. Which begs the question why a clergyman would ever live in such a hovel.Yes, I know the idea is that the ripped anaglypta wallpaper is supposed to have been there for years since when Reverend Simpson graced the place, but combine that with newly upholstered made-to measure seating and it I’m afraid just looks like it’s trying too hard to be cool. Or hip, or whatever the ‘cool’ word is these days. With an awkward-looking two-window bar, there’s a feeling of being part of a theatre scene that you didn’t sign up for.

The floor staff do their best to brighten things up, being both efficient and perfectly chipper. It’s nice to get asked if you enjoyed your drink by someone who seems to genuinely care about the answer, sufficiently so to prevent you from asking if they intended to serve the (complimentary) nibbles in dish the size of a bottle cap.

It was presumably the same person in charge of designing the menu as the decor, for this too is trying far too hard.  You’ve got to be pretty clever to combine the number and range of flavours into one drink as they do here, and they’re just not clever enough. The Tequila Sherry Sour is a clash of flavours in of itself, but the addition of paprika as a garnish simply results in a delayed affront to the palate as it slowly works its way through a well-shaken foam. Elsewhere a Tansy Collins had the tansy replaced by chartreuse on account of it being out of season (maybe time to remove it from the menu then?) but it was never going to be the star of the show when the remainder of the ingredients list is bourbon, soda, pineapple, lemon and rose water. Stick a branch of rosemary larger than a Christmas tree on top and you have a drink that should really be renamed the crass collins.

Not everything is a car crash; the Prune Manhattan was pleasant enough, albeit not very prune-y aside from the whole prune on a cocktail stick glanced precariously across the glass rim, just waiting to fall vertically and stab you on the bridge of your nose. This venue might once have been home to a clergyman, but there’s no spiritual guidance to be had here any more. 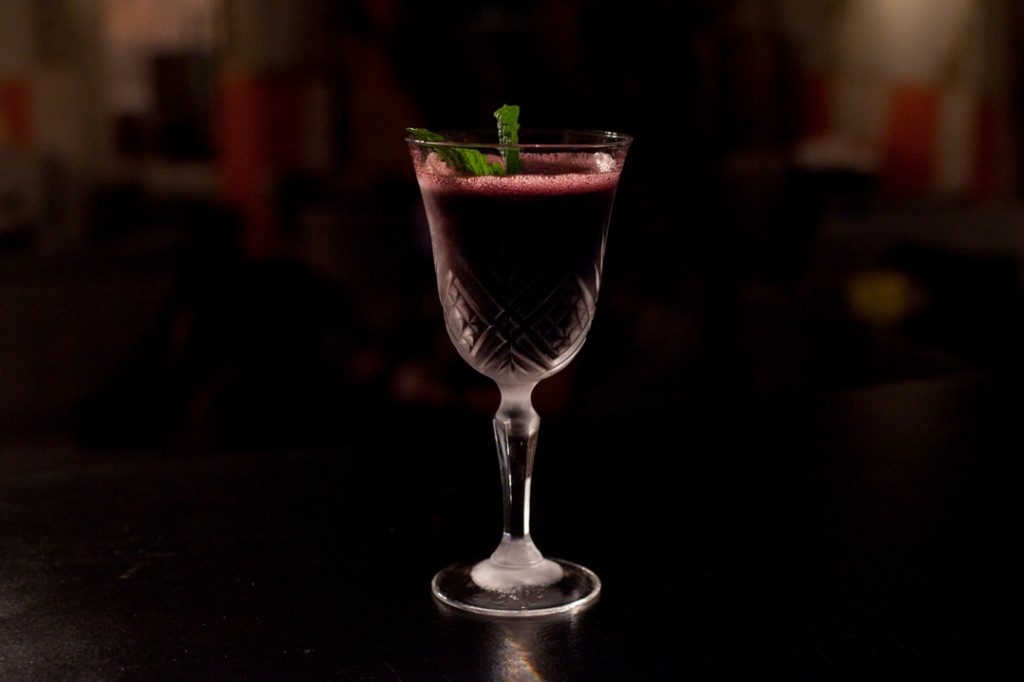