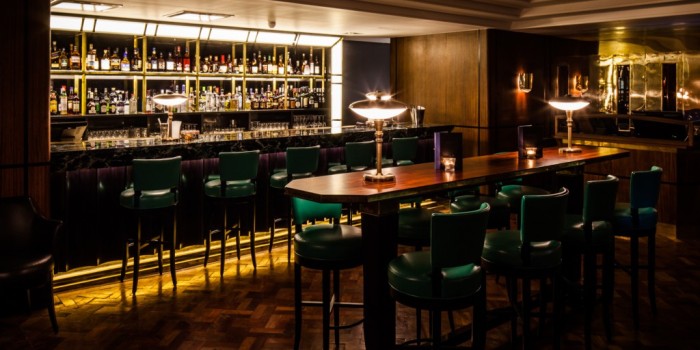 Hawksmoor Air Street is an art deco styled restaurant and cocktail bar in the epicentre of London’s west end. We offer classically oriented cocktails that involve modern ingredients and techniques.

Whilst some follow the latest fashion with an impressive level of dedication, I have long been content to leave being ‘cool’ to others, and focus my efforts elsewhere.  I am however a fan of the trend towards the blurring of lines between restaurants and cocktail bars. I like eating, I like drinking cocktails, and I don’t like trudging the oft-sodden streets of London in between the two. Put the two together in one place and I’m yours, maybe.

Beware the theatrics of the arrival procedure here, for it is enough to inspire a swizzle-on-a-sixpence routine and head straight back out of the door. Being a restaurant principally, the first greeting appropriately enquires as to whether you have a dinner reservation. It’s all smiles and cheeriness until you reveal that no, you’d actually just quite fancy a drink in the bar. Cue pursed lips and a sharp intake of breath followed by a call upstairs to check if there is space. Hurrah, there is!  Feeling like the luckiest drinker this side of Nova Scotia, up the grand staircase you are led, and into a bar in which  you could comfortably be joined by a double decker coach-full of guests.  How about we quit with the ‘you’re lucky we are squeezing you in’ routine, and just let a man have a drink.

As an establishment whose revenues largely rely on the male-dominated clienteles desire to experience the currently trendy meat sweats (yes, I know they do fishy stuff as well, but those sweats are even worse), there is of course a bountiful supply of dark wood and leather upon which to perch. Not that this is a bad thing, combined with the art deco detailing for the ladies, I rather like it. Service is even-stevens depending on the timing of your bar perching, for it seems that there is a rule against having two bartenders on at a time. Sensibly so during the early evening, when I found myself regailed with stories galore from a perky Kiwi. Not so sensibly so when the ticket machine is spewing out orders for Mojito’s faster than you can ask “are these really still the cool thing to drink?”

The cocktail menu, divided into sections including anti-fogmatics (refreshing eye-openers), bridging drinks (lighter afternoon drinking), Cards and Cigars (short, serous, strong), and Disco Drinks (party starters), offers something for everyone and handily tells you which is appropriate when. Although not all a lesson in cocktail perfection, they are for the most part imaginatively conceived and precisely executed.  The bittersweet tang of the deceptively simple gin, Campari, orange bitters and lemon containing Hawksmoor Collins was worthy of carrying the name, even if the unintentionally fashionable grapefruit fruit leather garnish should perhaps not have been prepped the week before. A very serviceable Vieux Carre more than made up for the whiskey-dominated Stolen Heart with its exuberance of Compass Box Spice Tree dominated the win-every-time delight that is Kamm and Son’s. It’s me, I’m sure, but the butter and bourbon combo of the Full Fat Old Fashioned just ain’t my thing, especially when it’s used to create a drink of such meagre proportions you have to check for a hole in your glass. Perhaps it is this way in the knowledge that the next drink ordered will be the Nuclear Banana Daiquiri, with its dangerous blend of ovenproof rum, yellow chartreuse, falernum, lime and banana.

For a pre or post-dinner intoxicator, the bar here serves as a lesson to many a restaurant with its inferior liquid options.  Save for the daft arrival routine, it even stands well in its own right.
The Cocktail Geek 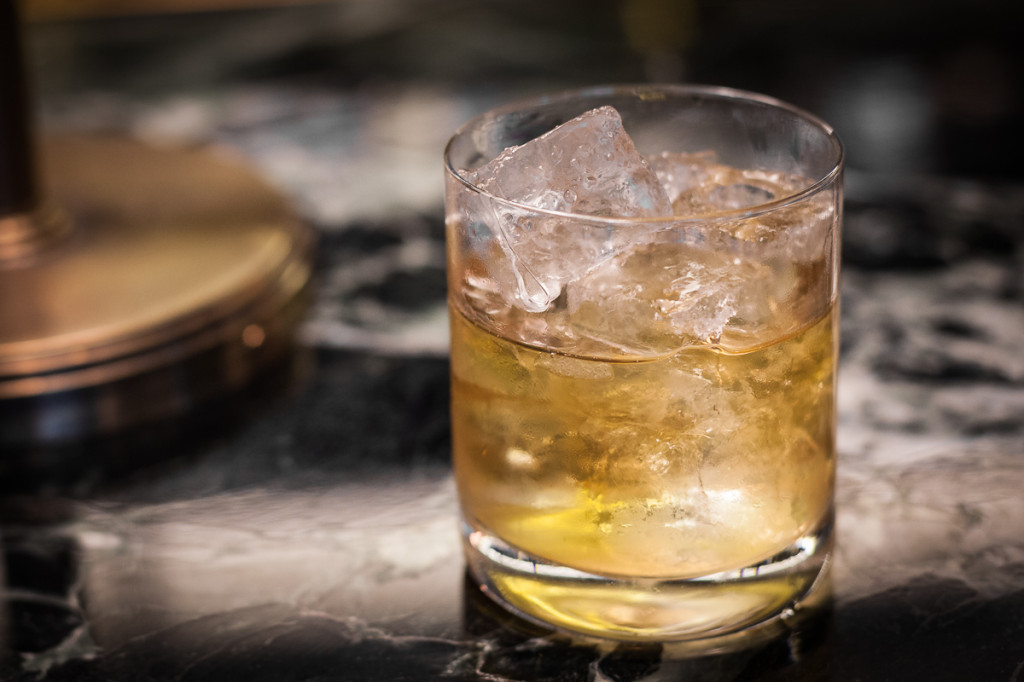 We use a process known as fat washing to infuse butter into Four Roses Small Batch Bourbon, which we then stir with a touch of sugar.