The Dead Rabbit Grocery and Grog 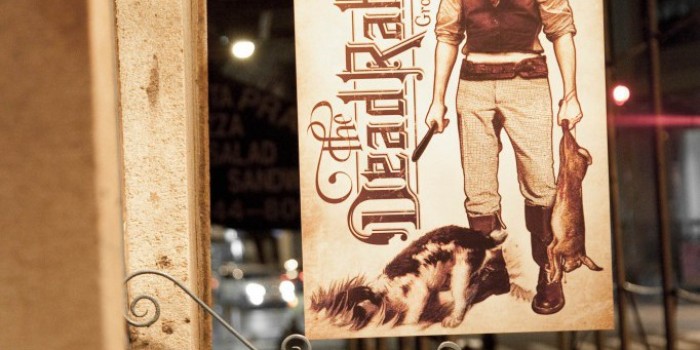 The Dead Rabbit is split into 2 distinct areas: The Taproom and The Parlor. The ground-floor Taproom is an honest working person’s pub in the best Anglo-Hibernian tradition. Here you’ll find craft beer, bottled punch, and whiskeys of the world, in an informal setting. We have a full bar and bartenders who know what to do with it. Upstairs, our sumptuous Parlor focuses on communal punch and 72 historically-accurate cocktails dreamed up by the nineteenth century’s most celebrated bartenders.

When the last bar you ran had a reputation for taking home almost every award going, including World’s Best Hotel Bar and World’s Best Cocktail Menu, the expectations for your next place are pretty high. The former was the Bar at the Merchant Hotel in Belfast, the latter is The Dead Rabbit Grocery & Grog in New York, and the people in question are Sean Muldoon and Jack McGarry.

Taking its name from a New York street gang from the 1850`s, The Dead Rabbit Grocery & Grog comprises a grocery selling spreads/oils/pickles and so on, the Taproom with its sawdust covered-floor serving up craft beer, bottled punch and a selection of spirits that belies its intention to be an “honest working person’s pub”, and finally the Parlor upstairs. And it is here that cocktail lovers will find themselves. Dimly lit and with enough wood to build an ark, this is an intimate drinking den the like of which would be dangerous to live too close to. Which is perhaps why it is located out of the way in the financial district, a mere few yards from the brisk winds of the Hudson river.

The drinks match the old-school aesthetics, with a hefty list of “historically-accurate” cocktails hailing from the 19th century. A refreshing change from the many ‘speakeasy’ styled bars that frequently jar with their contemporary concoctions. Also pleasing is the number of these cocktails that intrigue, confound and perplex. The relaxed but cheerful and efficient service ensures that casual cocktail drinkers do not find the list unapproachable, but there is much here that causes the hardened drinker to ponder “I wonder what that tastes like?” This is a real achievement, particularly when the ensuing conclusion is more often than not “interesting, different, and darned delicious”.

The impressively lengthy list meanders through relatively well known styles of drink such as punches, sours, fizzes and juleps through to the more peculiar and intriguing bishops, possets, daisies. It’s hardly a problem that the no reservation policy means you might be in for a bit of a wait, you could easily spend an hour deciding what to order. Service and drink execution is spot on, friendly (significantly more so than many big name Manhattan bars), and even when the flavors of the cocktail head in the more unusual direction (as they frequently do), there’s nothing to be faulted with the delivery.

The Ale Flip, with its bitter chocolate and coffee notes is certainly different to the usual sweet and creamy profile this style of drink offers, but it’s a winner. Equally, the intensely herbal and savoury Criterion a la Angel was like no julep I’ve ever tried, but it is sufficiently impressive to cause you to wonder why the regular version gets all the glory. This theme continues seemingly with everything you try, I won’t be wanting to drink regular Sazeracs again after trying the pimped up version that is the Gladstone with its heady mix of rye, aquavit, parfait amour, absinthe, bitters and mace tincture; gosh it’s good. When the ‘worst’ drink is best described as “the best mulled wine I’ve had for a very long time”, you know it’s time to stop reading and get your backside over there sharpish.

A few bars are terrible, many are average, a few are great, and then there are those in the league of the Dead Rabbit. Our single visit cannot comment on consistency, nor whether this level of quality will be maintained after the first few honeymoon months after opening. What I do know however, is that this if they keep it up, this bar will be entirely deserving of the numerous accolades that will be coming their way. 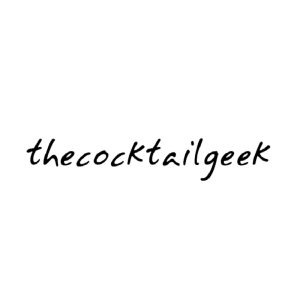