Named after the revered 1000 foot high Prosecco vineyards, Cartizze is a timeless, luxury Bellini and cocktail destination in the heart of Mayfair. The interior is a combination of dip-dyed oak paneling with classic egg and dart details, soft lilac and blue leathers and a Nero Marquina marble fireplace, as well as hummingbird inspired details and gradated brass accents on the bar.

Sometimes you want a cocktail in a flashy nightclub, served by some Tom-Cruise wannabe who’s flaring with such enthusiasm his limbs make you think of an octopus on speed. That’s fine – these bars are like the Vegas of the drinks world and are great fun when taken with a pinch of salt from the rim of your super-sized margarita glass.

But occasionally you will want a wholly classy experience, where you feel like a member of the higher echelons of society. And when this mood strikes, you can do no better than Cartizze, a stunning prosecco bar just off of New Bond Street in Lancashire Court.

If the aforementioned neon-lit daiquiri haven is a kitsch holiday destination, then this is pure five star getaway class. It’s a luxury weekend for two in Italy – well, the bar is named after the famous 1000 foot prosecco vines in that region. One look around and can see why it’s so special. The backbar is a triumph of crystal and glassware, with more pizzaz than Cinderella’s famed slipper. It commands immediate attention, with eyes drawn to it like moths to flame. Only later do you notice the premium spirits and varieties of fizz lingering on the periphery. 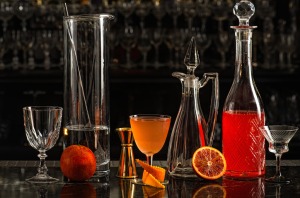 So, on to the cocktails. Bellini’s are the order of the day, and we decided to veer away from the standard peach (although this is available if you so wish). The Rhubarb Bellini was a treat for the nose and also the tastebuds, served with a sprig of lavender on the side, and it made the most of this sour-yet-sweet garden favourite by combining it with the fizzy freshness of prosecco. The Blood Orange Bellini was a triumph – if a normal mimosa is one of those trickling garden fountains surrounded by budget gnomes, then this is the Trevi Fountain – in a complete league of its own. The depth of flavour from the home-made syrups and infusions gave it a rich citrus kick that lingered in the mouth to great effect.

After these exceedingly accomplished bellinis we moved away from the fizz to try two classics – a Dry Martini, which was a little slice of crisp heaven and devilishly good – and a Negroni with a twist. The twist came courtesy of the gin, which was barrel-aged and really added oomph to the flavour – I could imagine myself swirling the amber concoction around next to a fire-place in a stately home, reflecting on great works of literature… but that’s just me. This was contrasted nicely by Il Cocktail De Cartizze – the Olive Oil Gin Fizz. This was light and fluffy and lemon-heaven; a refined dessert in a glass that slipped down all too easily.

The opulence of the cocktails is mirrored in the decor and ambience of Cartizze, which unsurprisingly fits well with its Mayfair surroundings. There’s the Nero Marquina marble fireplace, hues of soft lilacs and blues, dark wood panelling and low leather couches that continue the authentically classic theme. There’s also a hidden back room perfect for larger groups or even a swanky soiree.

So, when you want a taste of the finer things in life, and are feeling more class than kitsch, then come to Cartizze. It’s a bar for Hepburns and Bonds, and a place to shine like a star. 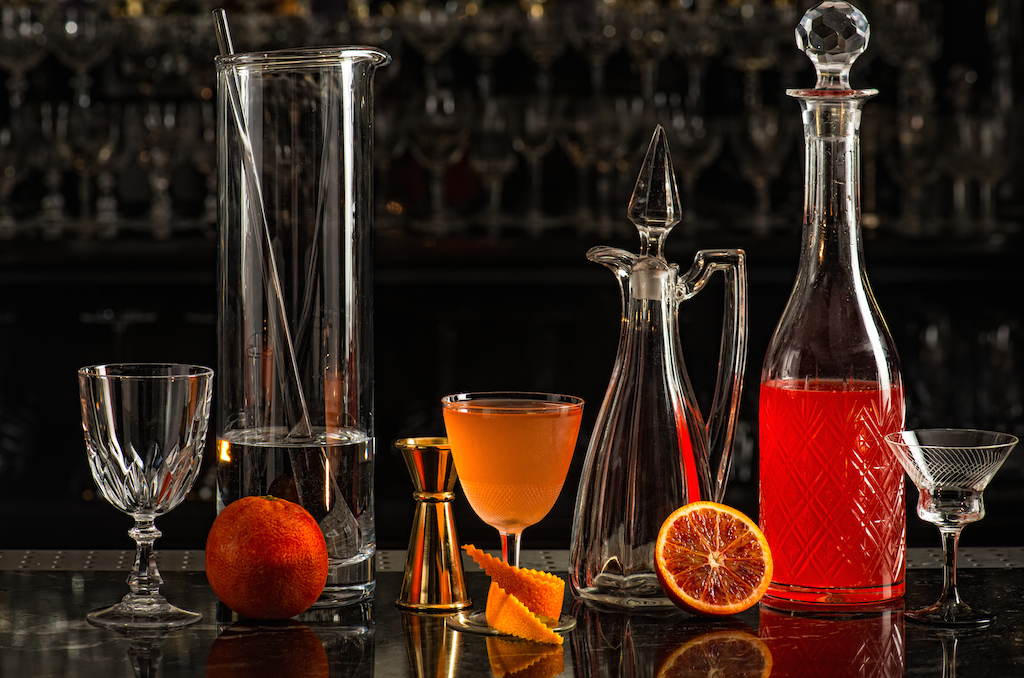