Pisco is a colourless or amber-coloured grape brandy produced in wine-making regions of Peru and Chile. Pisco is considered the national drink of both Peru and Chile and the disputed origination of the drink has caused problems between the two countries.As Pisco has slowly, but surely, made its way into cocktail bars across the UK, cocktails which are based on the drink, such as the famous Pisco Sour and the Mango Sour have become increasingly popular and widely consumed.

The exact origins of Pisco have historically been a bone of contention but the most accepted history of the drink is that it was first developed in Peru in the 16th century by Spanish settlers, as an alternative to a drink called orujo, which was a type of brandy being imported in from Spain at the time.

Pisco can be best described as a fresh grapey spirit that can either be sipped as an aperitif or mixed with other ingredients to make a range of pisco-based cocktails, such as the already mentioned Pisco Sour, which is a mix of pisco, lemon juice, sugar syrup and egg white. The cocktail was invented by an American bartender called Victor Vaughen Morris in the early 1920s in Lima Peru. In the same way as the Caipirinha cocktail has help cachaca gain widespread exposure and popularity in Europe and beyond, pisco producers are hoping the growth of the Pisco Sour does the same thing for their national elixir.

Pisco brands that are popular within the UK include Cruz del Camino, Capel Oak and Kappa Pisco. 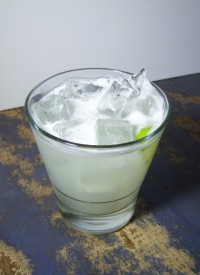 Since 2003, Peru has a "National Pisco Sour Day" which is celebrated on the first weekend of February.

In Australia, the first tray of mangoes of the season is traditionally sold at auction for charity.