Nestled in a cosy venue at the top end of Langstane Place, Amicus Apple offers an urban oasis of chic surroundings, delicious seasonal food and lovingly crafted drinks creations.With an atmosphere that evolves throughout the day and well into the evening, Amicus Apple attracts a vibrant mix of shoppers, corporate lunchers and social gatherings. In response to continued requests for private functions, dining and conferences, we are delighted to announce the launch of our first floor private function space that can be hired whatever the occasion! We take our cocktails seriously at Amicus but our fun even more, so feel free to ask and challenge the bartenders with your weird and wonderful cocktail fantasies!

Florescent in décor and loud in style, Amicus Apple is the epitome of the modern cocktail bar. Pink lighting greets you as you enter what can only be likened to a conservatory full of seating. Just a few stairs away is a room long bar, and smaller cubical seating. When we arrived, the bar was teeming with a variety of people; from the oil industry’s finest to students straight out of lectures.

The first drink of the menu was a rather touch-and-go choice; the Gin Martini. Not only is this quintessential drink precariously difficult to get right, but it also comes in a number of preparations; dry, wet, and anywhere in between. We ordered a dry one with Tanqueray Ten, a smashing gin perfect for a Martini, and Noilley Prat vermouth. What we received was somewhere in between preparations, and the tiny lemon peel garnish was dwarfed in the glass. Not the best of starts, but we pressed onward hoping for better results.

Unfortunately, we were to have our hopes dashed. Perusing the menu, we discovered the Dick Bradsell classic that was the Bramble. A drink that should be seen as ‘an amiable tipple, something to ruminate over’ ended up being a tumbler full of sour, intoxicatingly strong liquor. Containing Bombay Sapphire gin, (not very) Sweetened Lemon and Creme De Mure, the Bramble should have developed as it diluted over time, but unfortunately by the time we finished this was not the case.

We then sampled a glass of the house Prosecco, delicate yet sweet in taste, this was a sure-fire winner. A refreshing nose of pear, a hint of apple in the mouth combined with the right amount of carbonation provided a delightful taste, sip after sip. Although it wasn’t a cocktail, sparkling wines in bars are becoming more and more popular to drink, especially Italian fizz like Prosecco, so we decided it merited a quick sample.

Finally, we tried the club special; the Hollaback Girl. A handful of raspberries were popped into the tin, along with 42 Below Kiwi vodka, Apple juice, a squeeze of lemon, some Chambord, a touch of gomme, and egg whites. Shaken and garnished, the Hollaback Girl was a really refreshing, sweet drink. The kiwi vodka and the lemon married exceptionally well together, as did the apple and Chambord, the egg whites also gave it a marvellously smooth texture. We’d certainly return for this drink. 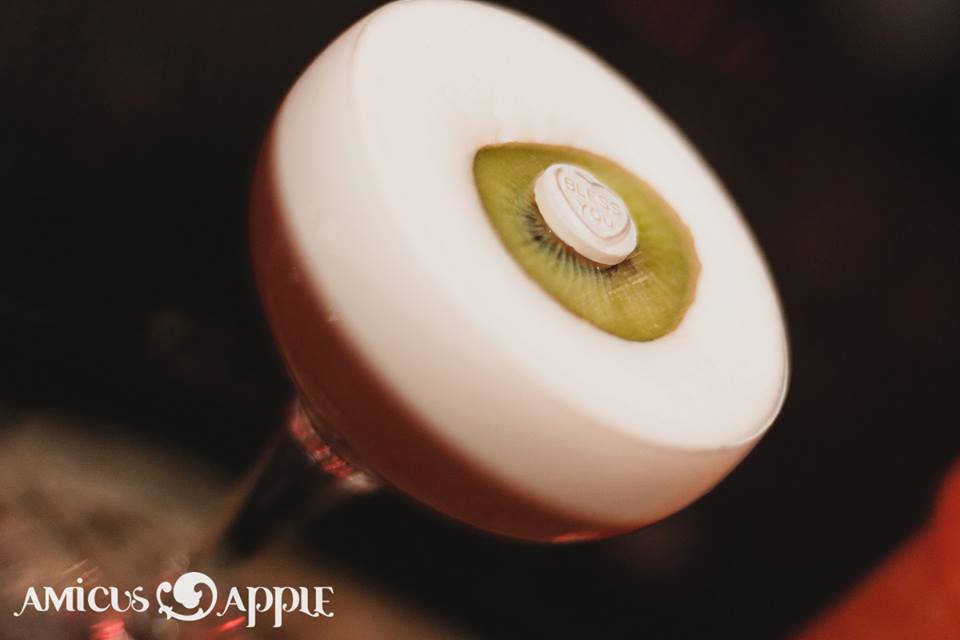